Although clear cell renal cell carcinoma (ccRCC) has been shown to result in widespread aberrant cytosine methylation and loss of 5-hydroxymethylcytosine (5hmC), the prognostic impact and therapeutic targeting of this epigenetic aberrancy has not been fully explored. Analysis of 576 primary ccRCC samples demonstrated that loss of 5hmC was strongly associated with aggressive clinicopathologic features and was an independent adverse prognostic factor. Loss of 5hmC also predicted reduced progression-free survival after resection of nonmetastatic disease. The loss of 5hmC in ccRCC was not due to mutational or transcriptional inactivation of ten eleven translocation (TET) enzymes, but to their functional inactivation by l-2-hydroxyglutarate (L2HG), which was overexpressed due to the deletion and underexpression of L2HG dehydrogenase (L2HGDH). Ascorbic acid (AA) reduced methylation and restored genome-wide 5hmC levels via TET activation. Fluorescence quenching of the recombinant TET-2 protein was unaffected by L2HG in the presence of AA. Pharmacologic AA treatment led to reduced growth of ccRCC in vitro and reduced tumor growth in vivo, with increased intratumoral 5hmC. These data demonstrate that reduced 5hmC is associated with reduced survival in ccRCC and provide a preclinical rationale for exploring the therapeutic potential of high-dose AA in ccRCC. 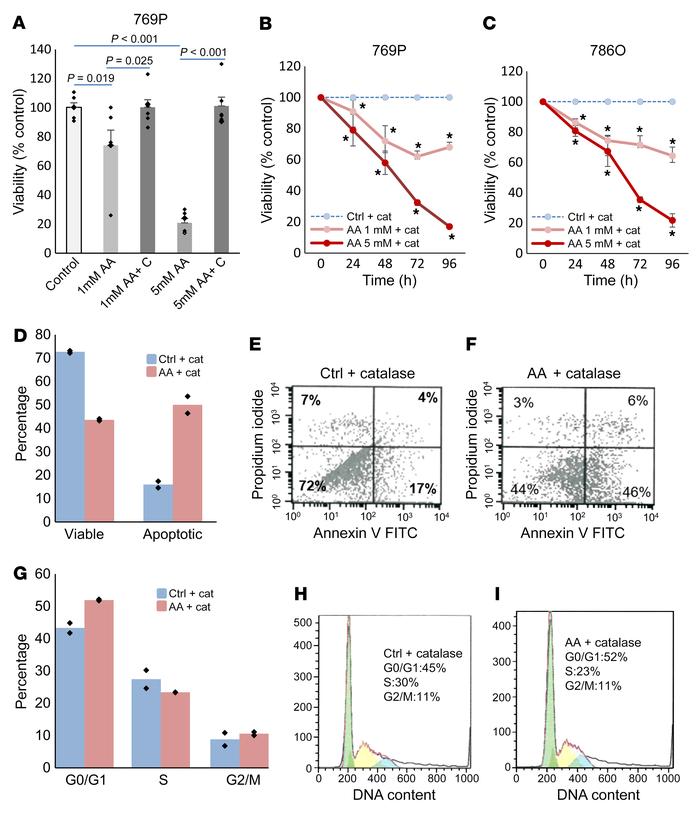