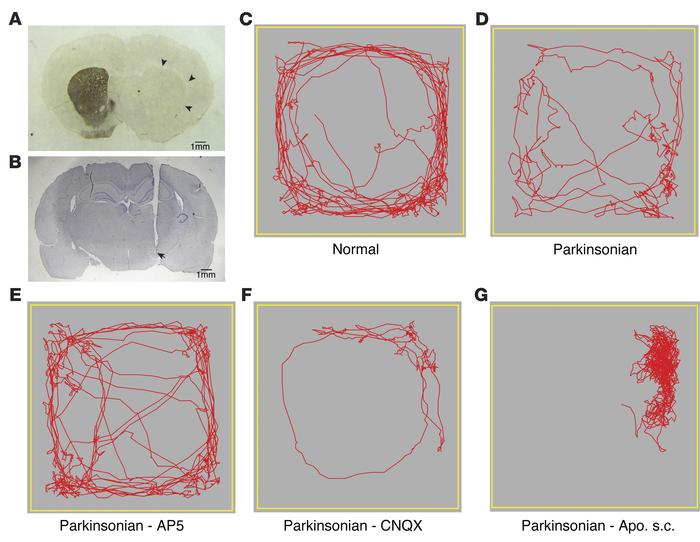 () Immunohistochemical staining of tyrosine hydroxylase in parkinsonian rats with unilateral 6-OHDA lesions. Note the unilateral loss of dopaminergic innervation in the right striatum (arrowheads). () Location of the inserted cannula (arrow) in the STN ipsilateral to the 6-OHDA lesion site. See also Supplemental Figure 1 for the entire collection. () Sample 5-minute trace of free movements of a normal rat in a square arena. (–) Sample traces of movements in parkinsonian rats with microinfusion of vehicle aCSF (), AP5 (), and CNQX () into the STN and systemic application of apomorphine () by s.c. injection (Apo. s.c.). Motor deficits in panel () were corrected by AP5, while CNQX had no discernible effect. Note that the trace of systemic apomorphine was restricted to the corner due to unilateral rotations of the rat in a small area. Scale bars: 1 mm.